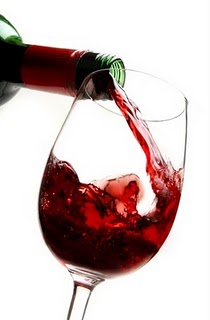 Running a restaurant I get asked a lot about recommending wines, as our wine list is mainly South American. I drink a lot of these types of wines, even though at home I tend to have a broader choice, late last year for instance we drank lots of French wines, inspired by a trip to the Loire Valley and Bordeaux.

I get very impressed by the quality of wine production both In Argentina and Chile, every year we see at the International wine fair more boutiques wineries showcasing their wines. There is more emphasis in the quality rather than the quantity we saw in the nineties, but lets remember that South America produces more vine varietals than Malbec.

Carmenère, Chile’s accidental gift to the world of wine, has been described as both things. Whatever you think of that country’s most controversial grape, it’s amazing that, until 1994, Carmenère didn’t exist in South America. Or rather it did, but no one knew it was there.

When a visiting French academic called Jean-Michel Boursiquot identified Chile’s Merlot plantings as Carmenère, it caused general consternation. Had some dodgy Del Boy nurseryman substituted one for the other back in the mid-19th century? The more prosaic truth was that, in those days, many vineyards were co-planted as so-called field blends. Maybe Carmenère adapted better than Merlot.

The more immediate problem facing the Chileans was that their ‘Merlot’ sold very well, thank you, largely because it tasted of Carmenère. So what should they do? Own up about the difference between the two, go on as before by misleading wine drinkers, or just fudge the issue?

The official statistics suggest that the issue has been resolved. Out of Chile’s 115,000 hectares, Merlot allegedly has 11.5 per cent and Carmenère 6 per cent. But the figures are pure fantasy. There was very little real Merlot (called Merlot Merlot by Chileans to differentiate it from Merlot Chileno, or Carmenère) planted before the mid-Nineties, and Peter Richards, author of The Wines of Chile, reckons that somewhere between 50 and 80 per cent of the combined total is actually Carmenère.

The issue here is one of integrity. Many Chilean companies continue to label blends that are dominated by Carmenère as Merlot. It is perfectly legal to include up to 15 per cent of the former, but I think that economic imperatives – Merlot is the more famous name, despite the fact that it rarely produces great wine outside Bordeaux – have made them parsimonious with the truth.

These days there is a growing number of own-up Carmenères on the market, Here at Sabor we loved the ones produced by Julio Bouchon, which has some notes of chocolate, peppers and green tobacco, in combination with ripe fruits like cherry and plums. I recently found the amazing Antun Ninquen Carmenere and Cabernet Sauvignon blend, that was the clear stand-out of 25 wines we tasted one long evening, and we were happy to add it to our wine list.