Chillies at South American kick to the world food 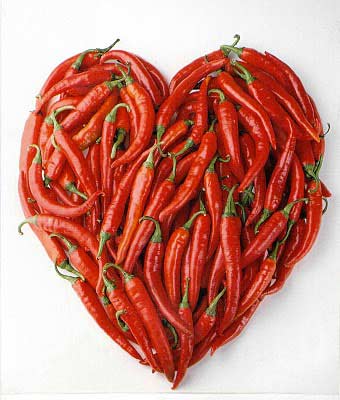 Ajies mean hot chilli peppers in Spanish (also spelled chili), is the fruit of the plant capsicum of the nightshade Solanaceae family, in their various forms are what give every dish its essential flavour.

Ajíes feature prominently in pre-hispanic mythology; one of the legendary brothers who were the forefathers of the Inca Empire, Ayar Uchu, is named for ají in Quechua. Cultivated since prehistoric times in Peru and Mexico, it was discovered in the Caribbean by Christopher Columbus. He thought them as a more masculine version of Old World peppers, so he named them pimento in contrast with pimenta. Diego Alvarez Chanca, a physician on Columbus’ second voyage to the West Indies in 1493, brought the first chile peppers to Spain, and first wrote about their medicinal effects in 1494.

Ajíes are used in two basic forms; as an aderezo which is a seasoning or dressing included in the preparation of a dish or as accompanying sauces or salsas. Just add a little aji to soups, stews, meats of ceviches to give a wonderful kick to the food. They are used dried or fresh and can be blanched to reduce spiciness. The various ajíes can also be bought in jars ready made in markets and specialty food stores. Here at Sabor we used a different types and always get asked about to describe the differences, I’ll be posting on many different types of aji in this blog since they are intrinsic to South American cooking .