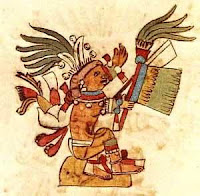 One of our aspirations at Sabor Restaurant is to promote and to share the variety of Latin American food, and first of all we must celebrate the contribution made by the original inhabitants of the New World, the American Indians, or whatever you wish to call them, to the food of the contemporary world. The fifteenth century marked the beginning of the European Age of Discovery, and when Christopher Columbus embarked on his historic voyage in 1492, landing in Latin America by accident, they found not only new cultures but a large number of foods that were native to Latin America and which they brought back to Europe. These were ingredients, plants and animals that the original inhabitants gathered, domesticated and ate for many millennia before the European laid eyes on them, including corn or maize, chocolate, potatoes, beans, vanilla, tomatoes, chillies and pumpkins, which had never been seen before in Europe. This is to counter the accusation often made that the American Indians did not really make much of a contribution as far as the domestication of animals and plants is concerned as they loafed in their hammocks with tropical fruits dropping into their laps.

Inca agriculture, for example, was highly developed, because the Incas were great experimenters. They experimented with habitat, yield, hybrids, and growing time. They dried meat, potatoes, and other root vegetables to avoid famine. They knew how to extract the poison from bitter cassava (yucca) to make a meal. They also knew that planting corn, squash, and beans together would achieve optimum results, because corn provides shade and support for the delicate beans, squash provides ground cover for moisture retention and minimal soil erosion, and beans regenerate the soil, providing the nitrogen needed by the other plants. To enrich the soil further, the Incas used guano (seabird droppings), a nutrient-rich fertilizer. (The richest guano, found off the coast of Peru, helped replenish many depleted soils in Europe after the conquest.) 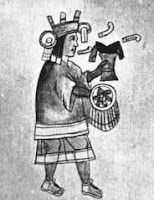 Corn, Cassava and Other Staples

The New World’s most important contribution to the global larder was probably corn. For pre-Columbian communities corn played a very important role. The Aztecs had a god and goddess of corn, Centeotl and Chicomecoatl, whom they represented in their ceramics and paintings. They held festivals for planting and harvesting, and used corn in celebrations and for communal meals, in dishes such as tamales, and corn based drinks.

In the 15th century the Aztec and Inca Empires, building on earlier cultures, already had an ingenious agricultural system using elaborate terracing and irrigation to cultivate food on steep Andean slopes and in coastal river valleys. The Incas had tremendous respect for the earth, and their culture revolved around agriculture. Anything to do with farming was considered holy and religious, and they revered corn and quinoa as life-giving foods. At harvest time, they would hold thanksgiving festivals and spill a little of their first drink of chicha de jora (a fermented corn drink) on the ground for Pacha-Mama, or Mother Earth.

The Indians of the tropics made a bread from the bitter cassava (yucca), which is easy to grow and can be kept for a year or more. In fact, cassava played a major role in the conquest because it could be prepared in large quantities, it was cheap, and it kept well. The Portuguese took it to Africa, where it became a staple food. Cassava fed African slaves during the long journey to the New World. The Spaniards introduced cassava to the Philippines and Southeast Asia, and today it continues to be a major ingredient in the diets of peoples throughout the tropics.

Farther inland, in the cooler climates, other foods were discovered. Potatoes were a staple food among Andean peoples. They grew in temperate zones, at altitudes that ranged from sea level to 10,000 feet. Another great contribution to world cuisines was the tomato. At one time, Europeans and North Americans worried that it, too, might be poisonous. However, the tomato was accepted early on as a medicine to treat diarrhoea, liver and gallbladder disease, and digestive disorders. Today, the tomato enjoys tremendous popularity throughout the world. Hot peppers, beans, and squash, which along with corn were staples of the Indian diet, also have become staples of many societies around the world.