The Colombian Exchange and Food Fusion 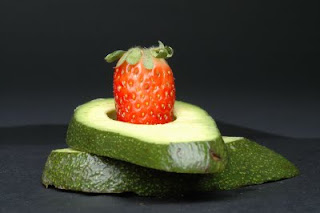 This is the second part of our occasional posts about the history of Latin American food. Check out the introductory article here. At Sabor Restaurant we’re interested in all the possibilities of cooking inspired by Latin American ingredients and techniques.

When Columbus returned to the New World on his second voyage, he brought cuttings for such Old World favourites as wheat, chickpeas, onions, garlic, cauliflower, bean sprouts, beets, radishes, spinach, lettuce, melons, oranges, grapefruits, lemons, pears, apricots, almonds, sugar cane, cherries, and figs. The exchange had begun. Many of the Old World plants (which had their origins in Asia and Africa as well as in Europe) adapted quickly to their new home. Sugar cane, in particular, grew well, becoming one of the staples of the economies of the islands. He also brought cattle, pigs, sheep, goats, and chickens, which quickly multiplied, thanks to the rich grass and other vegetation.

In contrast to the North America explorers, who brought their wives with them, the Spaniards in the south didn’t bring women from home and instead depended on Indian women to prepare their foods. These creative women used their own foods and techniques, as well as the foods the Spaniards brought, to create new dishes that would be acceptable to Europeans, thus giving birth to the creole cuisine of Latin America. The Indians quickly adopted European animal foods, and pigs and chickens became part of Indian households. Unfortunately, for many Indians the greater variety of foodstuffs did not represent an improvement in lifestyle. However the Spaniards introduced to the New World a wide range of new ingredients, techniques, and culinary customs, just as the Moors had done in Spain over the preceding centuries.

The first settlers came from Andalusia, and their heritage is still very strong in the Andean countries. They brought oranges and olives, spices such as cumin and saffron, and the use of nuts and olive oil in cooking, which they inherited from the Moors. Tapas were invented in Andalusia, and variations of them can be found in every Latin American country, including empanadas, pinchos (small shish kebabs), croquettes, and escabeches (pickled foods), to name just a few. On the other hand, the influence of the Basques, who settled in Chile, Argentina, and Uruguay, is reflected in the penchant there for using fruits in savoury dishes.

The Portuguese also were arriving in South America during this period, claiming and settling along the east coast. They started their exploration in the 1500’s, not long after their rivals in Spain had discovered the continent. Their influence is seen most in Brazil, where the Portuguese language is spoken and Portuguese customs and foods blended with myriad other influences to shape the region. The Dutch and French settled in other parts of Latin America, but they were not major players in the region. The Portuguese experience was different from the Spanish. In the first place, the Portuguese had no problem adapting to the tropical climate, because they were more predisposed to the tropics than the Spaniards. They brought their own foods, too, including sugar cane, bacalhau (salt cod), olives, sausages, wine for cooking, and the widespread use of eggs, cloves, cinnamon, and sugar, which the Portuguese inherited from the Moors. They also brought dishes such as cozidos (stews), cuscuz (couscous), codfish cakes, and pork with clams.

The Portuguese soon realized that the forest was extremely important as a source of food and that the Indians living there would have to teach them how those foods were processed. The Tupi-Guarani Indians had been growing cassava for about 5,000 years in the Amazon forest of Brazil, Colombia, and Venezuela. This root was the bread of the natives in those areas, and the Portuguese quickly adopted it in all its forms, almost to the exclusion of the wheat they brought with them. They loved the freshly made cassava bread, and many believed it to be more nourishing and digestible than wheat bread. (Ironically, cassava is nutritionally inferior to wheat).

Cassava became the basis of the Portuguese diet, and today it is part of the daily diet of millions of people in Brazil. In some areas of Venezuela and Colombia, cassava bread is consumed more than cornbread or wheat bread. Later on, when Portuguese women started to arrive, Indian women taught them how to make all sorts of delicate confections with the cassava. They also taught them the process of fermentation, which was used to prepare some of their delicacies. For example, they prepared wonderful preserves and the carimii cakes that have nourished Brazilian children for generations. The natives of Amazonia contributed the famous fish pirarucu, which in northern Brazil is sometimes more important than salt cod or beef jerky. The turtle is another important food of the region, because of the variety of its uses. Brazilians use the meat, as well as the innards, in a number of unusual dishes. They also use turtle fat for cooking. Today turtles are raised in sizes that range from the size of a hand to three to four feet in diameter. The Indians had many uses for corn as well. Fresh corn was ground to make pamuna, which was wrapped in cornhusks. Today this dish is called pamonhas, and the corn is mixed with coconut and sugar and steamed like a tamal, a contribution of Brazil’s African cooks. Another Indian specialty is canjica, originally called acanijic, which has become a national dish. It is made with cracked dried corn or fresh corn. coconut, sugar, and cinnamon. The Indians contributed the practice of using leaves to wrap foods for cooking and hot peppers to season foods, which the Mrican slaves embraced wholeheartedly.